Thank you for contacting us!

We'll reach out to you as soon as we can.

Balcatta Tyrepower is open and working to ensure our customer and staff safety during the COVID-19 pandemic. Find out more 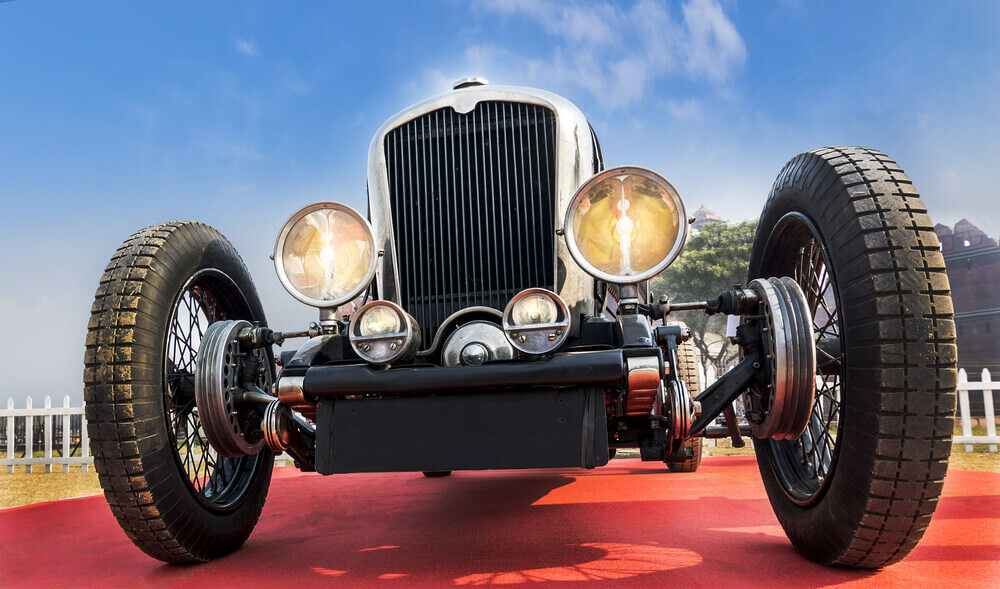 Tyres have a rich and fascinating history that has seen them go through many different stages to get to where they are today. By learning this history, you will discover some pretty amazing facts and come to appreciate them even more. Keep reading on to discover some of the history behind the humble tyre.

The very first tyres were pretty simple constructions and compared to today’s standards, they were quite primitive. Essentially, they were just bands of iron or leather placed on wooden wheels of carts and wagons. Remember, at this time, carts and wagons were the transport of the day. Tyres evolved side by side with the automobile and the two go hand in hand. Without the automobile we wouldn’t have the initial need for tyres.

In 1888, the first gasoline car appeared. It was equipped with metal tires covered with rubber and filled with air. It was unique as nothing of its type had existed previously. The masses went crazy because it was seen as revolutionary. From 1895, it became used regularly and it was even featured in an automobile race from Paris to Bordeaux in France.

EARLY PIONEERS OF THE TYRE

Charles Goodyear was one of the early pioneers of the tyre and the Goodyear tyre is named after him. In 1844, more than 50 years before the first rubber tyres appeared on cars, Goodyear patented a process called vulcanization. This process consisted of heating and removing the sulphur from rubber, which made it waterproof and winter-proof too. It also allowed it to retain its elasticity. Goodyear's claim to have invented vulcanization was challenged in court. Others were making the same claim. However he came out the winner and is today remembered as the inventor of vulcanized rubber.

John Boyd Dunlop, a Scottish veterinarian, is officially credited with the invention of the first pneumatic (inflatable) tire. There were various attempts at creating such a tyre before him but they failed at least on the practical level. Dunlop patented his design in 1888. Interestingly, it wasn’t initially intended to be used on automobiles, but on bicycles instead. It was recognised later that it would be ideal for automobiles so it became widely used. The Dunlop brand of tyres is one of the most recognised brands in the world today.

There are just too many developments to list in the history of tyres, so we have decided to list just some of the key ones which consist of the following:

As you can see, the tyre has undergone a significant evolution and it’s still evolving today with new advancements in technology. There’s no doubt that the next couple of years will bring about some amazing tyre innovations making our lives easier. Contact us to find out more about the latest tyres.

Thank you for contacting us!

We'll reach out to you as soon as we can.